Recent News
You are here: Home1 / Recent News2 / Homes3 / Year in review: A look back at some great resident accomplishments 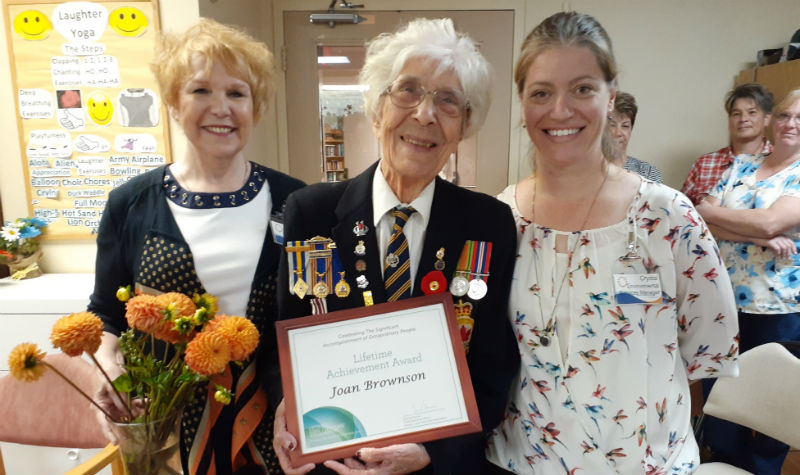 Each of the more than 1,400 people living in OMNI Health Care’s 18 long-term care homes has a story to tell, and throughout 2019 The OMNIway shared many of these stories with you.

Riverview Manor resident Joan Brownson was born in Coventry, England, and moved to Canada in 1957. Prior to coming to Canada, Joan served in the British Army during the Second World War.

In fact, Joan served with Princess Elizabeth, who would become Queen Elizabeth II in 1952. She knew the future monarch well.

“We were pals; we called her Lizzy,” she fondly recalled in September. 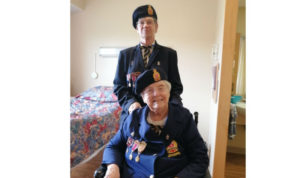 Joan has also dedicated much of her life to public service. She has served as a volunteer with the Special Olympics and has been involved with the Royal Canadian Legion.

Today, Joan serves her fellow Riverview Manor residents as a member of the home’s residents’ council. She says she has always felt a commitment to helping others and being involved in her community.

For her community contributions, Joan was presented with the Ontario Long Term Care Association’s (OLTCA) Lifetime Achievement Award in September.

Another resident who has spent a lifetime active in her community is 97-year-old Marjory Jopling, who now calls Springdale Country Manor home.

Marjory has served in the ladies’ auxiliaries at three legions since 1958: Peterborough, Bridgenorth and Lakefield. Earlier this year, Marjory received her 60th-anniversary pin from the Royal Canadian Legion Branch 52 ladies’ auxiliary in Peterborough.

While she’s no longer active in the ladies’ auxiliary, Marjory always participates in Remembrance Day services at Springdale Country Manor by laying a wreath each year. 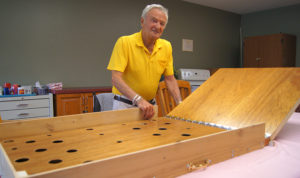 Frost Manor resident Art Ouellette is pictured here with the Art Tennis Lob, a game he created with the help of family member Gerry Todd.

This past summer, The OMNIway profiled resident Art Ouellette after he came up with a unique game to share with his fellow residents at Frost Manor.

An avid tennis player for most of his life, Art designed a tennis-ball game that can be enjoyed by everyone at the Lindsay long-term care home.

He shared his idea with Gerry Todd, the son of another Frost Manor resident, and together Art and Gerry created the Art Tennis Lob, a large-scale board game.

The playing surface is fashioned from a door that Gerry cut in half. One half of the door forms a base with circular holes of different sizes cut into its surface. At the other half forms a retractable surface that players can adjust to the angle they desire.

Players then drop tennis balls down the incline towards the holes. Players are assessed points based on the size of the hole where their ball lands, with smaller holes accounting for the most number of points. Balls can be knocked into the holes by other balls to accumulate points or knocked out to lose points.

Art, who spent 40 years caring for tennis courts in Haliburton, says he was inspired to create a game that would be easy to play for residents who use wheelchairs.

“We figured out that anybody could play the game sitting down,” he said.

Core value of leadership shines bright at OMNI in 2019

Happy holidays to everyone!
Scroll to top
https://omniway.ca/what-is-the-best-vacuum-cleaner-to-buy/