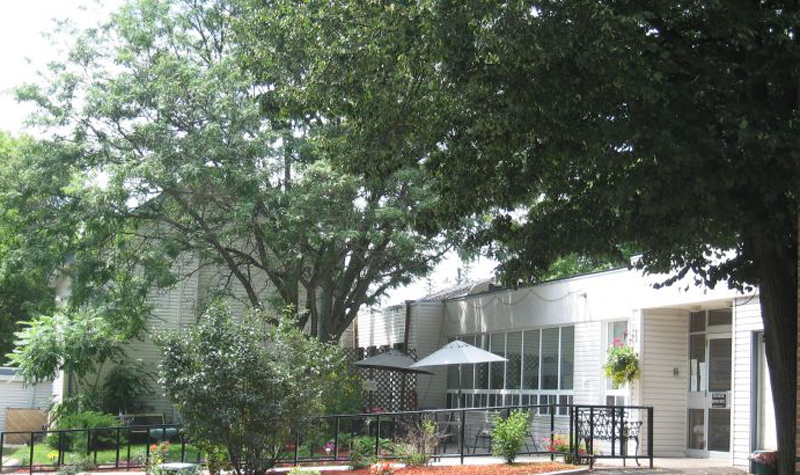 Willows Estate is hoping to make its Christmas party especially merry and bright with the addition of residents joyfully playing the piano.

Two gentlemen, Bruce Thompson and Roger Whitnall, have been enjoying playing music recently during resident gatherings, including the weekday Sunday social and monthly birthday parties at the Aurora long-term care home. Both are adept on the keys, with Roger playing piano professionally in his younger years.

While residents look forward to hearing the men playing and even call out requests, the men’s talents haven’t been shared with family members yet.

Azaria Kanda, life enrichment aide (LEA), hopes the residents will be up to playing Christmas carols for the home’s family holiday gathering Dec. 3. Willows Estate hosts a tea and social.

“We’re going to have family members come in and celebrate with us,” Azaria says.

“Residents can spend more time with their loved ones. It’s intimate and special and makes (everyone) feel part of the Christmas celebratory tradition.”

Willows Estate has sent the invitations asking relatives to join them for cake, refreshments and entertainment.

Azaria’s colleagues have been busy decking the halls for the Christmas season and the event.

He’s hoping Roger and Bruce will provide the entertainment. In preparation, Azaria will be looking up Christmas music for the men to consider. “As much as Roger knows every song that’s ever been made, I’m not sure if he knows the Christmas songs.”

Azaria has been collecting CDs featuring singers from the residents’ era, such as Kenny Rogers and Dolly Parton. He’ll be playing the music throughout December. While the men usually play whatever is requested, he’s going to compile a list so there will be a plethora of suggestions for them to refer to.

During activities and events, the LEA will play the Christmas music recordings and Roger and Bruce can play as well after they’ve enjoyed their food, refreshments and social time.

“At any gathering, they both want to play,” Azaria says. “They’re very much in sync with each other too.”

Azaria says having live music is beneficial for the home. “For the players themselves, they feel like they’re doing something they love. Roger loves playing for people,” he notes.

“For the other residents, not only is it good music, but the fact they get to request a song … they get to remember a song they make not have heard in a while and they can sing to it.”

There’s a group of women who sit together who each have some level of cognitive impairment and the songs spark conversation.

Residents with or without dementia still seem to share similar tastes in music, the LEA notes.

“It really is a win-win for (everyone).

Leading by example is all in a day’s work for Forest Hill Inspired Leader...

Burnbrae Everyday Hero Cheryl Montgomery worked in every department during her...
Scroll to top