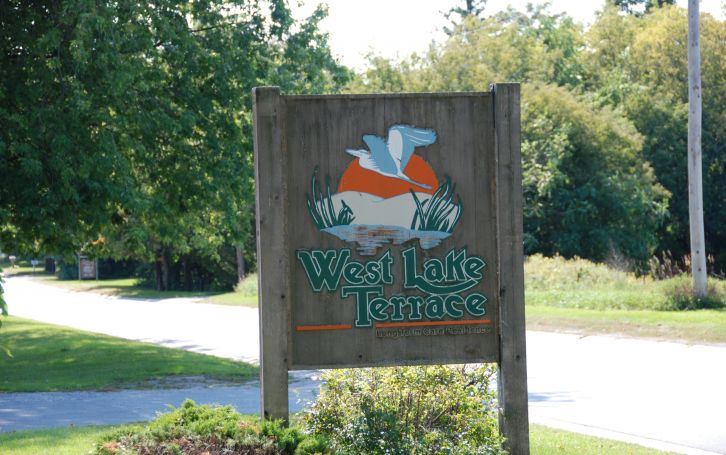 During a Sept. 10 meeting between West Lake Terrace, its family council and Hospice Prince Edward, the husband of a resident of the Picton-area long-term care home was connected with a men’s support group to help him work through the challenges he has faced since his wife’s dementia diagnosis.

At the meeting, which formalized a partnership between the home and hospice to create volunteering opportunities to enhance palliative-care practices, the gentleman spoke about having to “let go of who his wife was previous to her diagnosis of dementia,” says West Lake life enrichment co-ordinator (LEC) Janie Denard.

The family member also revealed that he had spent the summer self-exploring, Janie notes.

“We had a talk with the gentleman before, and we gave him permission to not come to the home every day. He needed that. He needed to know that was OK,” the LEC tells The OMNIway.

“(Hospice Prince Edward’s representatives) talked about their men’s support group that’s in its early stages, and there was some interest expressed by that gentleman to be a part of that group that meets every two weeks at a restaurant in Picton.”

Janie says this connection created at the meeting is the first benefit garnered from the partnership.

The support group is made up of men who meet to talk about their grief and bereavement and to support one another over breakfast and casual conversation.

Janie notes access to resources like this group is one of the benefits of collaborating with Hospice Prince Edward.

“We’re going to make sure that our new admissions are very aware of the types of supports that they can get through hospice and to reiterate that it’s not just about them getting involved at the end stages (of life), they can very much support you through that whole journey,” Janie says.

This is Part 2 of a three-part story.