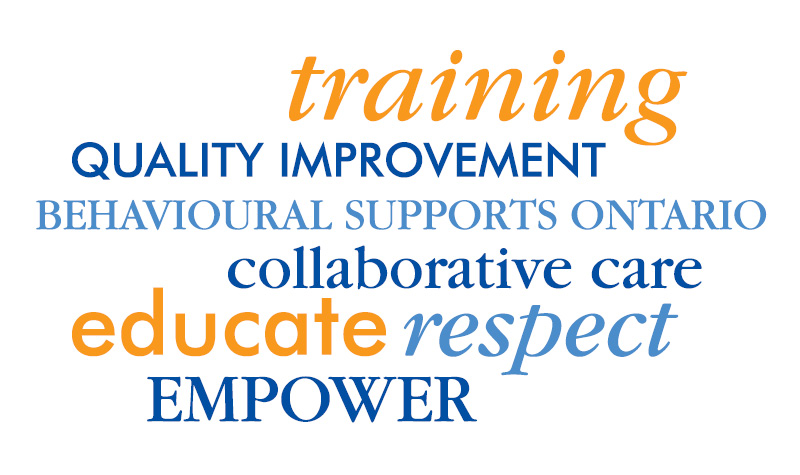 From the engagement of the entire staff to how well the home is organized, Molly Headrick stepped away from Village Green recently impressed with the long-term care home’s Behavioural Supports Ontario (BSO) efforts.

As Rosebridge Manor is in the early development of its BSO team, it was eye-opening for the RPN to see the possibilities that came to light during the Village Green trip.

“The biggest thing that struck me was preventing behaviours by using activities, such as the Montessori methods, that was really interesting,” Molly tells The OMNIway.

“Everyone seemed involved in resident care…down to the handyman. Everybody was really engaged in the whole project and seemed to really want what was best for the residents. It was awesome.”

Molly says Village Green evidently invested much thought into how to reorganize the home to best suit residents’ and staff members’ needs. One of the actions the BSO team at Village Green undertook was de-cluttering the home.

“Their space is amazing.” There are a lot of open spaces, which are good for wandering, and they have an area with a crib set up and baby dolls, Molly notes. The nursing station is also extremely organized.

During the tour, staff members explained what the space looked like prior to the redesign. “Seeing how far they had come was really amazing,” the RPN says.

While Molly and Richard will go back to Village Green soon to see even more development, there are actions Rosebridge Manor has already taken as a result of what the pair learned.

They’ve discussed purchasing various items to support residents that reflect the Montessori method, such as baby clothes for the home’s baby dolls and lookalike money.

“It helps redirect them,” Molly says. For instance, there are residents who want to pay for their meals when they’re sitting at the table. One resident in particular occasionally refuses to eat if money isn’t exchanged. Giving residents the lookalike money could reduce agitation.

Meanwhile, weighted baby dolls can be soothing for residents. One woman who tells staff she wants to leave to see her children is comforted by a doll.

“We are building on those things we already have,” Molly says.

The Montessori method is well-known for being used to successfully engage children, but it’s also an approach that’s gaining traction with caregivers of parents and senior loved ones with dementia, according to alzheimers.net. Using the Montessori Method for Dementia

The Montessori method can reduce anxiety for people with dementia by providing them with engaging activities that they find rewarding.

Developed in the early 20th century, the Montessori method of teaching zeroes in on harnessing the person’s capabilities and needs.

“What are they able to do? What do they like to do? The same is true for those with dementia.

“The Montessori method of caregiving for dementia has a similar goal of engaging the senses in order to help seniors with the condition rediscover the world around them.”

Stay tuned to The OMNIway to read more about the training session and Rosebridge’s hopes for its BSO program.