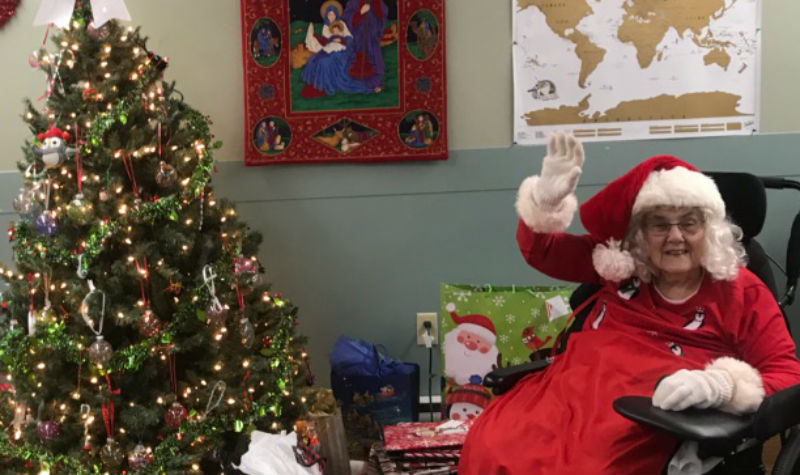 ‘It’s a real team and a real happy bunch of people, I’ve never seen anything like it in my life’

Streamway Villa may be older than some other long-term care homes, but one couple says they wouldn’t have their loved one living anywhere else.

Last year when Doug and Dawn Cove were looking for a long-term care home for Doug’s mother, Mary, to live, they did a few tours. However, none of the homes were what they were hoping to find.

Then the Coves did a tour of Streamway Villa in Cobourg. Right away, Doug and Dawn say they felt the genuine love and happiness staff members, residents, volunteers and families have for one another.

“I’ve never met a bunch of people (who were) so friendly,” Doug says in an interview with The OMNIway.

“It’s a real team and a real happy bunch of people, I’ve never seen anything like it in my life. And it’s the same with the people who come in to visit and the volunteers. It’s an incredible place.”

Dawn says she has a piece of advice for families looking for a long-term care home for their loved one to live: focus on the people working in the home and not on the building itself.

“Once I was inside, I couldn’t think of a better place to have (Mary) live,” she says.

Doug also says he knew the 59-bed Streamway Villa was the right place for his mother as soon as he stepped inside.

“I didn’t care about the aesthetics. It wasn’t a big, shiny home – it was a small home,” he says. “But I found it homey. It felt like being at home.”

Doug adds that walking through Streamway Villa will make a positive impression on anyone.

“You can’t go from one end to the other without people not saying hello to you,” he says.