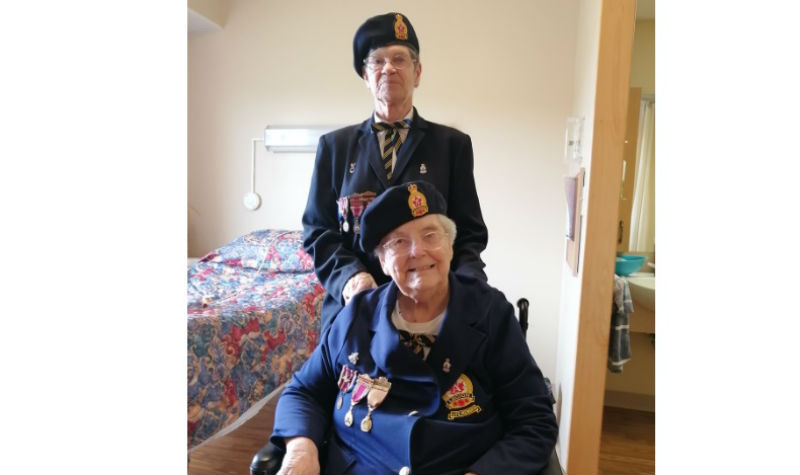 Marjory has served at three legions since 1958: Peterborough, Bridgenorth and Lakefield.
She received her 50-year pin at Lakefield in 2009 as well as her lifetime membership.

The ladies’ auxiliary is made up of volunteers who organize banquets, weddings and anniversaries. Auxiliary members also sell poppies ahead of Remembrance Day and participate in parades and ceremonies.

While she is no longer active in the ladies’ auxiliary, Marjory has participated in Remembrance Day services at Springdale Country Manor.

Lynda says she and her mother are proud to serve in the ladies’ auxiliary for a combined 80 years.

VIDEO: Frost Manor RN is thankful for the encouragement that allowed her to...
Scroll to top