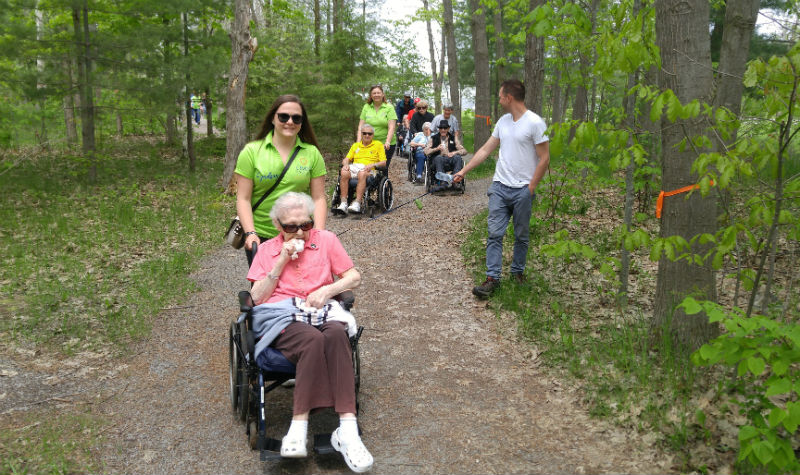 Frost Manor residents, staff, family members and volunteers are pictured here walking down a stretch of the Kawartha Trans Canada Trail on June 1 in honour of International Trails Day.

While OMNI Health Care celebrates the seniors living in the organization’s 18 long-term care homes every day, June is also officially designated as Seniors Month in Ontario, giving us all an extra reason to acknowledge the province’s senior population.

“(Seniors Month) is a time to celebrate our seniors who built this province and to recognize the contributions they have made in communities across Ontario, and the lives they have impacted across generations,” the Ontario government says on its website.

The theme for this year’s Seniors Month is Aging Strong: Respect and Protect Seniors.

“Our theme represents the importance of seniors’ valued experience and independence as they age, while celebrating their many contributions in building this province, and protecting what matters most to them,” the website says. 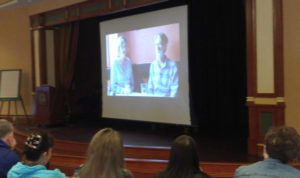 One of the great ways OMNI celebrates the seniors living in its long-term care homes is with the Lifetime Achievement Award each home presents to a resident or residents every year. These awards reflect the contributions residents have made to Canada and to their communities.

During OMNI’s 2019 Quality Forum in May, team members presented videos their homes created highlighting the lives of their Lifetime Achievement Award recipients for this year – and the stories were often told by the residents themselves.

Among the residents whose lives were featured were Terry Juric of Streamway Villa, who was the bassist for the Canadian rock band Moxy; Riverview Manor resident Joan Brownson, who joined the British Army during the Second World War and became well known in Peterborough’s volunteer community after she moved in Canada in 1957; and Wildwood Care Centre resident Vi Corbett, a member of the Royal Canadian Legion for more than 60 years and a 40-year community volunteer.

For example, Garden Terrace residents were recently recruited by Parrot Partners, a parrot adoption and rehabilitation centre, to help grow feed for their birds.

At Frost Manor, nine residents supported International Trails Day on June 1 by attending a fundraising barbecue in support of walking trails in the Lindsay area.

What is your long-term care home doing in honour of Seniors Month? If you have a story you would like to share with The OMNIway, please contact the newsroom at deron(at)axiomnews.com.

Springdale and local school have planted the seeds of an exciting partnersh...