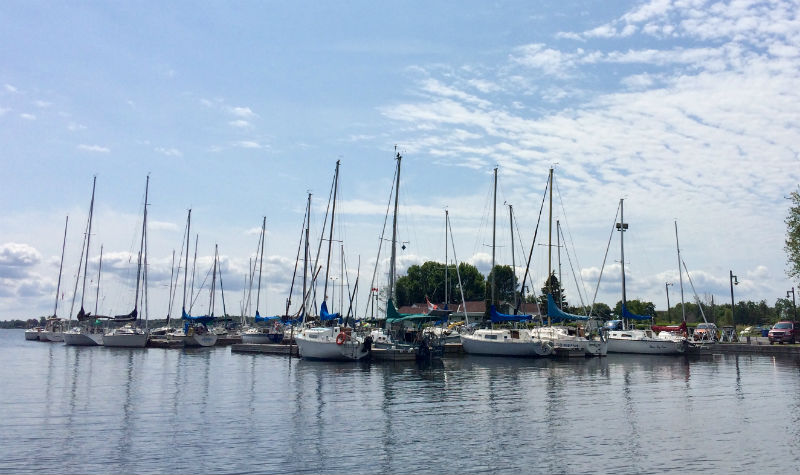 For the first time, the Jasper long-term care home was able to take part in the Lanark County community festival on the water Aug. 17. With the invitation and special arrangements of a Rosebridge Manor volunteer who’s also involved with the Rideau Ferry Regatta, residents and staff were able to attend the event free of charge and received VIP treatment.

Rosebridge Manor life enrichment co-ordinator (LEC) Kathy Barr says it was a well-received event by the home’s 12 residents who took part in the outing.

“The regatta was good and the residents had a great time,” Kathy tells The OMNIway.

“They really enjoyed it. It was a good social event for them and they were talking about it afterwards.”

A highlight of the day included watching the cigarette boat races. Another race saw people take to the water in boats made of glue and cardboard. Local township politicians or their representatives raced the boats and it was entertaining to watch how the construction held up – or in some cases how it did not. Rosebridge attendees “had a prime spot” to view the races, Kathy adds.

The outing included a picnic lunch. Residents also enjoyed snow cones and other sweet treats. One man was determined to have poutine and staff helped make that happen for him.

There were various vendors along the water, selling wares ranging from food to jewelry.

It rained during part of the event but the organizer had tents prepared to shelter the residents, staff and family members from the elements.

“It was a group effort that made it very pleasant. It has never aligned before. She had it so well-organized,” says Kathy about the Rosebridge Manor and regatta volunteer. The LEC also planned in advance to ensure Rosebridge could make the event happen from its end.

A biennial event, The Rideau Ferry Vintage Race Boat Regatta dates back to 1909 when the first event was held at Rideau Ferry in Drummond North Elmsley Township.