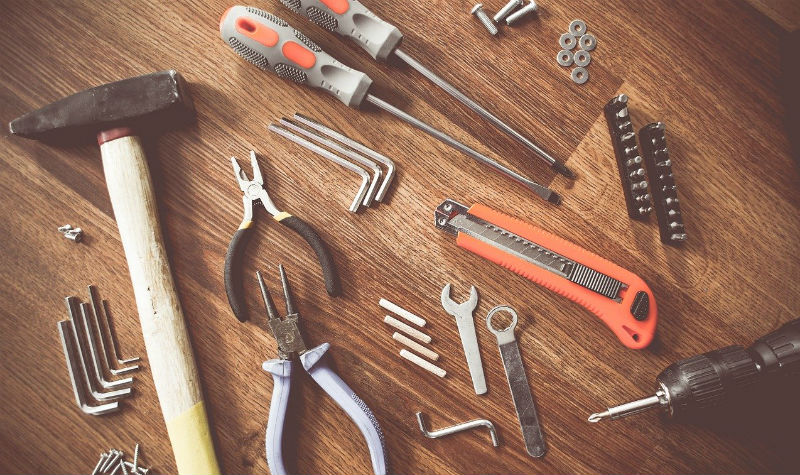 When team members see that a resident is agitated, they can provide them with a familiar object that redirects their attention and has a calming effect

When Riverview Manor’s Behavioural Supports Ontario (BSO) team members spot a male resident who is agitated or appears bored, they have a toolkit – quite literally – they can turn to that will prevent responsive behaviours.

In early 2020, the Peterborough long-term care home’s BSO team began assembling a kit, based on Montessori principles that focus on people’s strengths, aimed at male residents.

The BSO team members were noticing an increase in responsive behaviours among male residents, which they largely attributed to a lack of programming aimed at men.

So the BSO team began buying items they knew would appeal to the gentlemen living at Riverview Manor.

The result was a toolkit that includes a hammer, screwdriver, pliers, nuts, bolts and work gloves. There are even plumbing pipes so residents can try their hand at pipefitting.

“(The BSO team members) were looking for things the residents could connect with prior to their retirement, often using objects that are familiar to them,” BSO team lead Becky Dennie says.

Personal support worker and BSO team member Karlie Phillips says items from the toolkit can be given to the residents, and team members will supervise them and engage them.

This, she says, will often prevent agitation or responsive behaviours.

For example, when one resident is exhibiting responsive behaviours, the BSO team can show him a nut and bolt to change his focus. The resident will begin fastening and unfastening the nut and bolt.

“He will just keep twisting and untwisting it, and it keeps his hands busy,” Karlie says.

BSO is a provincial initiative that’s enhancing quality of life for seniors affected by dementia and other conditions that can cause agitation.

The funding, which is provided to long-term care homes through the province’s 14 Local Health Integration Networks, is largely put towards staff education.

Village Green’s LEC reflects on starting a new job during a time of great...
Scroll to top
https://omniway.ca/what-is-the-best-vacuum-cleaner-to-buy/