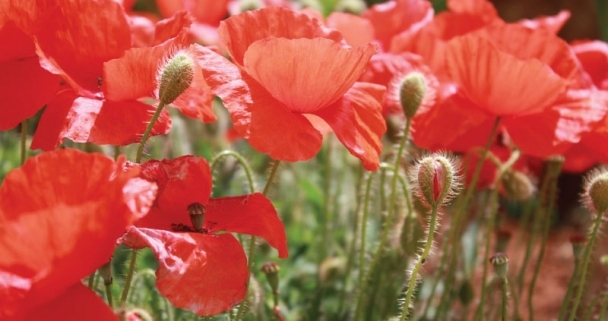 When she was a mere 18, the Willows Estate resident was whisked out of the beauty business in England to pack parachutes.

“During the war, I was a parachute packer for the boys that fly,” Forcht tells The OMNIway.

“I had to make sure that (the parachutes) would open, they had to be inspected and then I had to sign for them that I had packed that chute.”

“They called me before I was 19 and I had to stay there until (the war) was finished. In England, you were conscripted if you were not doing a man’s job and I was in the beauty business so I was automatically taken in.”

When asked what she remembers most about this time, Forcht says it was the bombs overhead. “When we heard that German plane we used to hide.”

Decades later, Forcht says “it is important” to have Remembrance Day.

Willows Estate in Aurora will be marking Nov. 11 with communion in the morning followed by the observation of a minute’s silence. In the afternoon, an entertainer will provide a Remembrance Day-themed presentation.

Life enrichment co-ordinator Teddy Mazucca says the 84-bed home is decorated with poppies, photos of soldiers and a copy of the poem In Flanders Fields. It’s a significant occasion, she says.

Willows Estate resident Ruby Playford is a veteran of the Second World War.
“It’s important for everybody, and Ruby especially, since she was there and went through it,” Mazucca says.

“We’re thankful for all of the (veterans) who helped us to be where we are today and to have what we have today.”

“We’ll bring her down to the function and hopefully have her reminisce a bit about it.”

Remembrance Day as a result of the recent attacks near Montreal and in Ottawa that claimed the lives of two Canadian soldiers.

If you have feedback on this article or a story idea to share, please e-mail natalie@axiomnews.com or call the newsroom at 800-294-0051.

(VIDEO) Longtime staff discusses why they stay at Streamway Villa