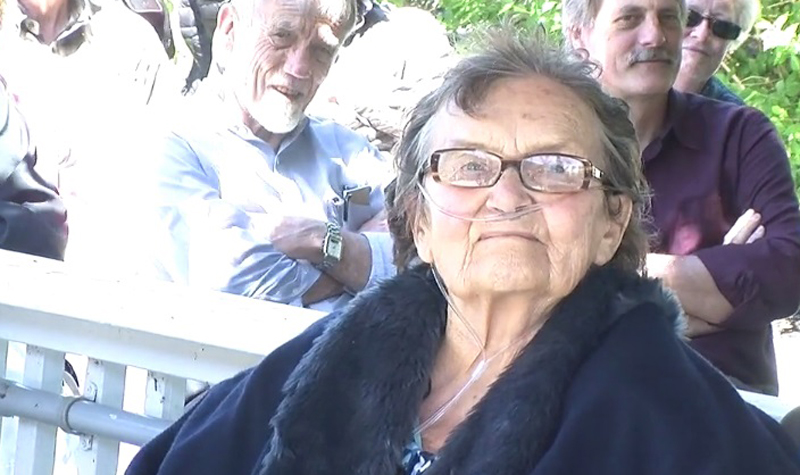 Frances Gage is seen here during a ceremony in June 2016 where she received OMNI Health Care’s Lifetime Achievement Award.

She had a connection with the Group of Seven, her artwork is featured in public places across Ontario and she received OMNI’s first Lifetime Achievement Award

Frances Gage, one of Canada’s most celebrated sculptors who created hundreds of pieces in her lifetime, passed away at Streamway Villa in Cobourg on Nov. 26. She was 93.

Born in Windsor, Ont., on Aug. 22, 1924, Frances completed high school in Oshawa, then served in the Women’s Royal Canadian Naval Service during the Second World War. After the war, she studied sculpture at the Ontario College of Art. She also studied at the Art Students League of New York and at L’Ecole des Beaux-Arts in Paris. 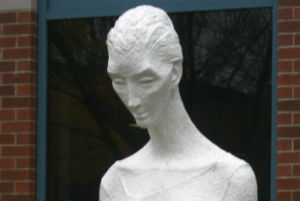 Frances’s work featured everything from portrait busts of business leaders and walnut relief panels at London’s Fanshawe College, to crests for bridges and a marble sculpture called Woman at the Women’s College Hospital in Toronto, which honours the women working there.

Frances even had a connection with Canada’s famed Group of Seven landscape painters, producing a portrait of AY Jackson and working in a studio shack in Toronto that Tom Thomson once used.

In 1963, the CBC interviewed Frances about her work. (Click here to watch the video)

In one of her many interviews with The OMNIway, Frances said her favourite creations were Woman and Sheltering Form, which is in Cobourg’s Victoria Park and dedicated to victims of abuse.

After moving to Streamway Villa, Frances continued to pursue her passion for her art, fashioning pendants and other small pieces from clay as gifts for staff members at the home.

“Never stop working, never stop looking. That gives you all sorts of ideas that you want to use,” she said.

While Frances had been described as one of Canada’s most prolific sculptors, she preferred to be called a “chiseller.”

“Sculptors do everything, chisellers are mostly carvers,” she explained in 2014.

Frances was even the subject of a book by author Alan D. Butcher, called Unlikely Paradise: The Life of Frances Gage.

In 2016, Frances received OMNI Health Care’s first Lifetime Achievement Award, a recognition she referred to as “a great honour.” The award is given annually to people living in OMNI long-term care homes who have demonstrated commitment to other residents, their home and country.

“I really don’t know what to say, because it’s too much of an honour and I’m most appreciative,” Frances said, after receiving the award.

“Frances definitely touched the lives of all of us,” Christina says. “She was truly an inspiration.”