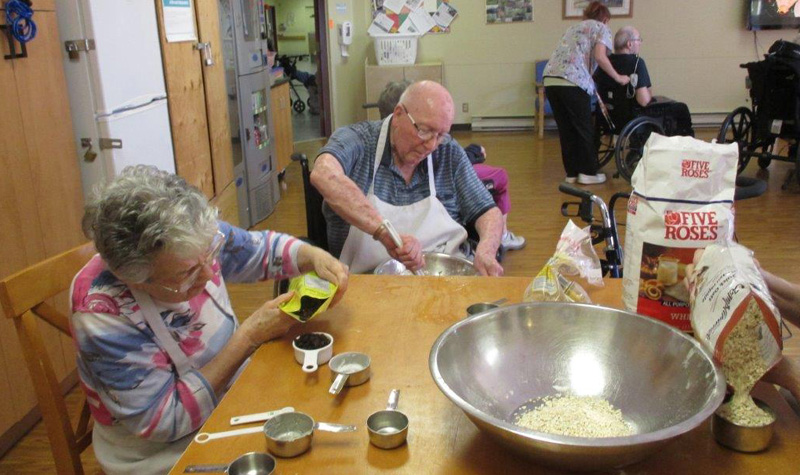 Pleasant Meadow Manor residents once again were contributors to the annual Norwood Fall Fair, a major flagship event for both the town and the 61-bed long-term care home.

Starting in late August, several Pleasant Meadow Manor residents began making wares that were put on display at the event, which was held over the Thanksgiving weekend. Residents brought an array of crafts, woodworking and baked goods they created.

“(The fall fair) really helps get the home’s name out in the community,” Pleasant Meadow Manor life enrichment co-ordinator Chris Garden tells The OMNIway. “The fair is also a huge community event for the residents.”

Gentlemen from the home’s woodworking group made several items that were entered in the fair’s home arts competition, including a ladder and a bookshelf. Both items won third place in the contest.

Money the residents won from their entries is being donated to the home’s residents’ council, Garden says.

Many Pleasant Meadow Manor residents have lived their whole lives in the Norwood area, so the fair, which was first held in 1868, has always been a major part of their lives, Garden says.

“It’s a biggest weekend of the year in Norwood – it’s probably bigger than Christmas here,” she says.

Bigelow-Tarr ‘emulates the mission, vision and values every day’
Scroll to top