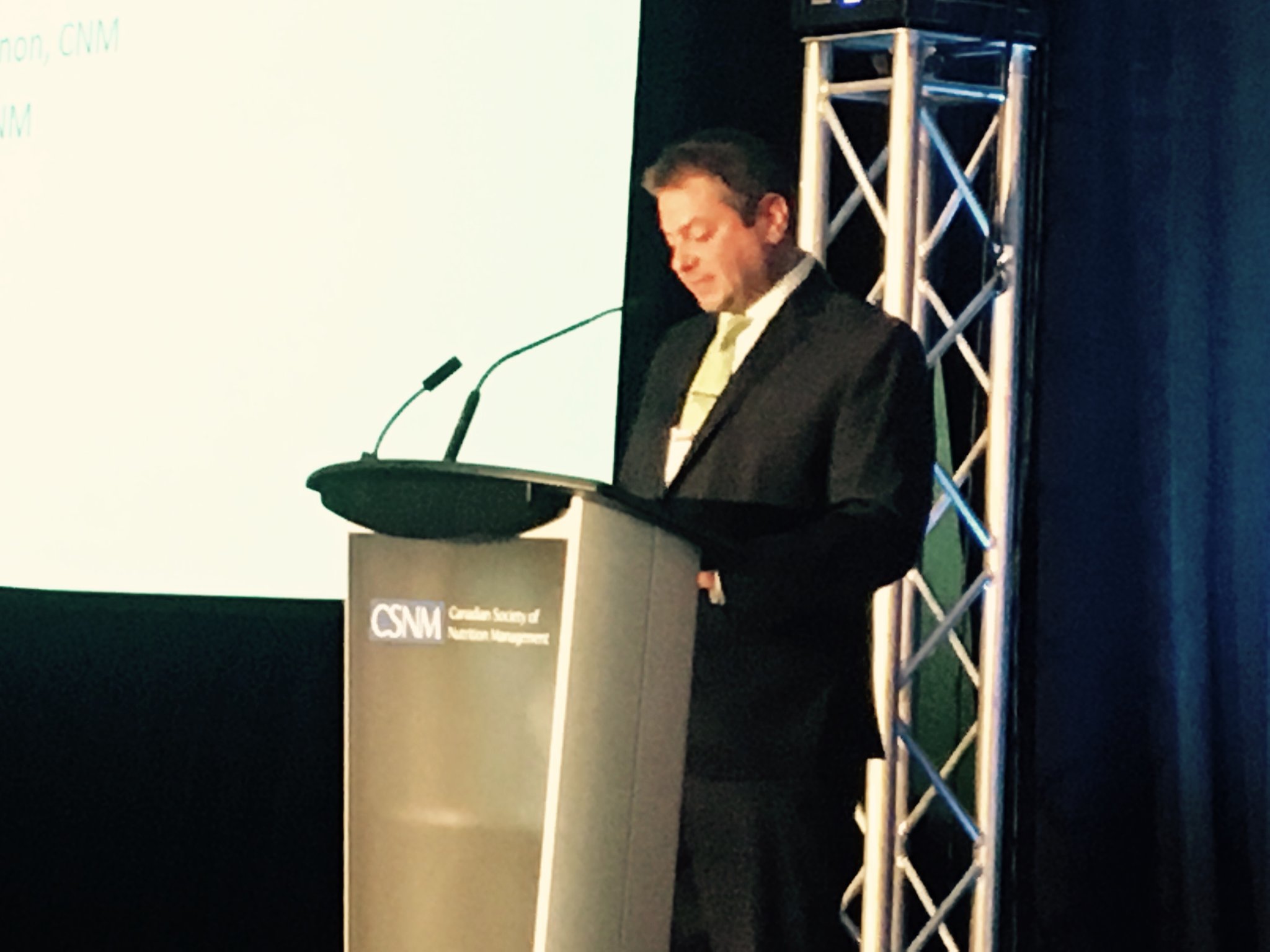 OMNI’s operations manager of nutrition and food service Chris Weber is seen here delivering his acceptance speech for the presidency of the Canadian Society of Nutritional Management (CSNM). Weber was elected during organization’s June 16 conference.

Weber, OMNI’s operations manager of nutrition and food service, was voted in as CSNM president-elect during the organization’s annual conference on June 16.

The CSNM is a national organization aimed at moving nutritional-care management forward. Members are provided with educational and networking opportunities to advance their professional development and the organizations they represent.

Weber says his first year as president-elect will be focused on marketing, outreach and promotion of the CSNM brand.

“We have a very strong strategic plan that was finalized last year, and one of my key principles in my role will be to carry that plan forward, (and) I’m really excited about this,” he tells The OMNIway.

Weber brings a wealth of experience to the CSNM, not only through his role at OMNI, but also as a member of the Ontario Society of Nutrition Management (OSNM), a board he recently stepped down from after five years in order to run for CSNM president.

The CSNM board always has three presidential roles: president-elect, president and past-president. This is to help people in leadership positions guide each other.

In June 2018, Weber will become CSNM president. In June 2019, he will assume the role of past-president.

Currently, the three roles are well-represented across Canada, Weber notes. CSNM president Eric Evers is from British Columbia; the past president, Natasha Mooney, is from Newfoundland and Labrador; and Weber is from Ontario, so Western, Central and Eastern Canada are represented on the board.

“We really have got a pretty wide stretch of this national association that we’re part of,” he says.

Weber has been a CSNM member since 2011. He commends the organization for providing him with “the highest quality, most relevant education, relevant to the field of nutrition and also incredible networking opportunities.”

Weber says he was encouraged by his peers within the CSNM to run for the organization’s presidency. He was nominated and accepted the nomination.

“I was really excited because I felt it was my chance to give back to an organization which has given me so much education and professional development over the years,” he says.

VIDEO: Pleasant Meadow volunteer Bessie Couchman: ‘As long as I am able, I...