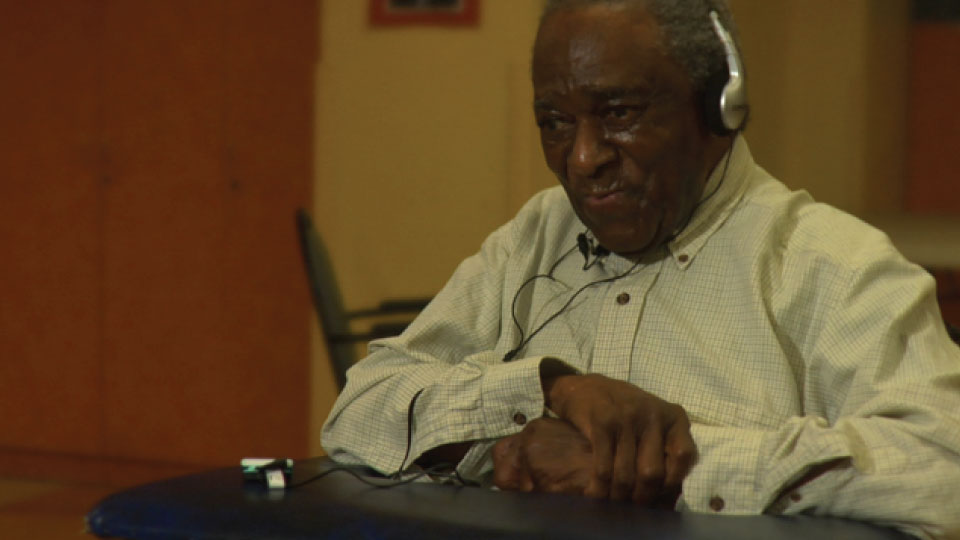 A scene from Alive Inside: The Story of Music and Memory. Photo credit: Michael Rossato-Bennett, 2012

Since launching the Music and Memory program at the Cobourg long-term care home, there has been a decline in the administration of antipsychotic and antidepressant medications, reduced sundowning, increased socialization among residents with the families and friends, and less resistance to care, says Christina Verleysen.

Verleysen, Streamway Villa’s life enrichment co-ordinator, completed the three-day Music and Memory course in April along with her colleagues in the activities department.

The Music and Memory program trains people how to use personalized playlists loaded into iPods and related digital audio systems that help those living with cognitive impairment to reconnect with their environment through music-triggered memories.

Music and Memory was started by Dan Cohen, an American social worker who found that when music was played through iPods for people living in long-term care homes, there was a remarkable improvement in their cognition.

The experiment was the subject of the 2014 documentary Alive Inside: A Story of Music and Memory. It was shown to OMNI Health Care team leaders during the recent managers’ forum in Kingston.

“For our residents at Streamway Villa, this individual-focused program is a cost-effective alternative to help residents deal with stress, depression, pain management, and can even awaken residents from years of unresponsiveness,” Verleysen said after the screening.

After listening to an iPod with his favourite music, the resident began humming to tunes and singing.

“It’s very emotional to see this – you can see the emotions and the reminiscing that he is experiencing in his mind,” Verleysen said.

Another resident who often experiences agitation “lit up” as soon as Verleysen gave her an iPod with one of her favourite Dean Martin songs. The resident even began “conducting” with her hands and sang the chorus.

Then she shared a memory of seeing the famous crooner.

“I went to one of his concerts once,” the resident said. “Did you know he even kissed me on the lips?”