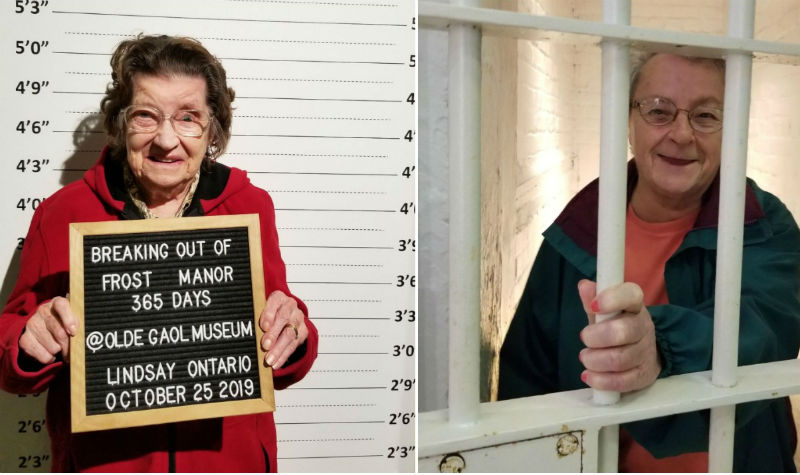 Nine Frost Manor residents were treated to a spooky outing at the Olde Gaol Museum in Lindsay just before Halloween to check out the museum’s Horrors of Old-fashioned Medicine exhibit as well as the old prisoner quarters.

While some of the items on display at the medical exhibit may not have been for the faint-hearted – the exhibit featured such instruments as the “tonsil guillotine” and “ovary crusher” – residents found the tour to be fascinating, even if some were “grossed out” by what they saw, says Frost Manor life enrichment co-ordinator Lyndsay Burton.

The exhibit also featured information about bygone medical procedures – some of which were on the “gruesome” side, Lyndsay notes – and there were even jars of antiquated medicines.

Resident Chris Todd, a 99-year-old former nurse, remembered some of the devices on display.

“That’s what we used back in the day, we didn’t have the fancy tools that they have now. We didn’t know any different,” Chris told her fellow residents.

The group also toured a local artists’ exhibit and then headed to the basement of the Olde Gaol Museum, which was formerly the Lindsay jail, where the prisoner cells were housed, which Lyndsay says everyone enjoyed.

The group had a guided tour of the old jail and heard about supposed ghost sightings. Residents had a chance to get their mugshots taken as well.

“All the residents had so much fun they want to go back again next year or during another exhibit that the museum hosts,” Lyndsay says.