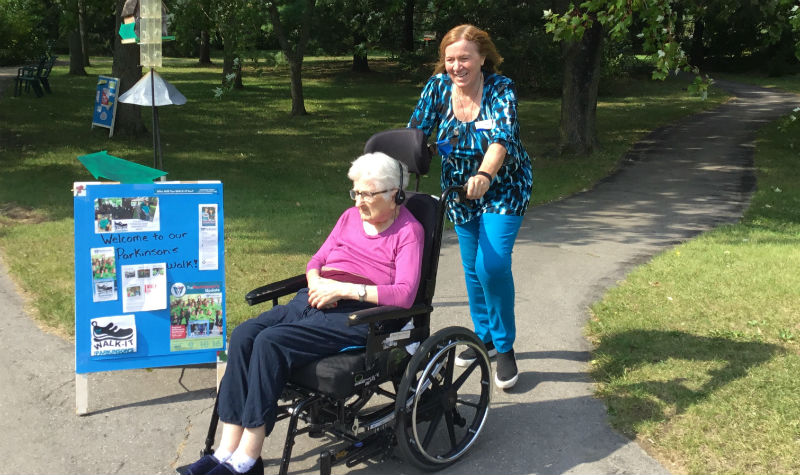 Residents and staff members raise $62 to help the organization with support services, education, advocacy and research

Residents and team members from Country Terrace took to the walking trail outside the Komoka, Ont. long-term care home Sept. 13 to help raise awareness of Parkinson’s disease and support the Parkinson Society of Southwestern Ontario’s annual WALK-IT for Parkinson’s campaign.

Members of the Country Terrace WALK-IT team strolled around the pathway as many times as they could during the event. Country Terrace residents who are living with Parkinson’s disease led the team in their first lap, says life enrichment aide Rachael LeBlanc.

Their efforts, which included a fundraising bake sale, garnered $62 for the Parkinson Society.

The Parkinson Society provided the team with shirts to wear during the event, and the home was “given every support to run our own event here at the home,” Rachael says.

“This event was done with great love and commitment to finding a cure for Parkinson’s disease,” she says.

Parkinson’s disease is a degenerative disorder of the central nervous system. The condition affects an estimated 55,000 Canadians aged 18 and older, according to Statistics Canada.