Self-Care Month is running from June 24 to July 24

Anyone who has been on a commercial airplane is familiar with flight attendants at the start of the trip explaining what to do in the event of a pressure change: oxygen masks will drop and you need to put yours on before helping others.

This analogy is also true when it comes to caring for others: to care for others well, people need to be caring for themselves and taking care of their own health needs.

June 24 marked the start of International Self-Care Month. The awareness month will end July 24, which marks Self-Care Day, a date chosen as a symbolic reminder that self-care can be practised “24-seven”.

The World Health Organization (WHO) launched Self-Care Month in 2019 to promote the importance of self-care in order to encourage people to stay healthy and alleviate pressure on health-care systems across the globe.

This is true now more than ever, given that factors such as the COVID-19 pandemic have placed added strain on health systems, the WHO says on its website.

The WHO is suggesting ways people can get involved with Self-Care Month and Self-Care Day. These include using social media, watching for local Self-Care Month events, and taking time to ponder ways to improve self-care.

The International Self-Care Federation (ISF) lists seven “pillars” of self-care it has developed as part of the organization’s self-care framework. Each of these points can be focused on in order to maximize self-care.

So, what exactly is “self-care”?

“Self-care is about empowering people to be active agents in their own healthcare,” the WHO states on its website. “As well as being the right thing to do, with more and more pressure on health systems there is a great need.”

The Switzerland-based Global Self-Care Federation describes self-care as “a lifelong habit and culture.”

“(Self-care) is the practice of individuals looking after their own health based on the knowledge and information available to them,” the organization says.

“It is a decision-making process that empowers individuals to look after their own health efficiently and conveniently, in collaboration with health and social care professionals as needed.”

You can click on these links to learn more about Self-Care Month and Self-Care Day: 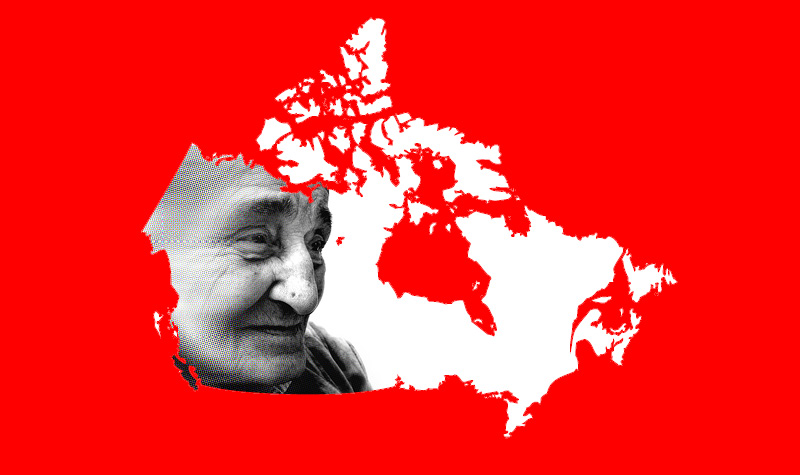 Sound government policy, outside support a must, says Maureen King 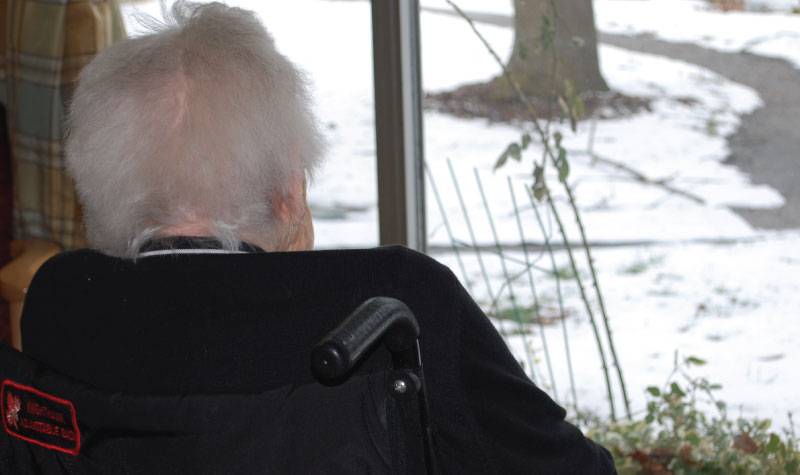 January is Alzheimer Awareness Month across Canada, and the focus of this year’s campaign is the group that makes up the largest segment of the population affected by this chronic neurodegenerative disease – women. END_OF_DOCUMENT_TOKEN_TO_BE_REPLACED

Kylie Szczebonski is applauding a move by Canadian Health Minister Rona Ambrose to develop a dementia strategy for Canada. END_OF_DOCUMENT_TOKEN_TO_BE_REPLACED

If you’re an older adult and you want to maintain good cognition and other health benefits, consider volunteering.

END_OF_DOCUMENT_TOKEN_TO_BE_REPLACED

Volunteers enjoy a special luncheon at Frost Manor held in their honour.

Neil MacDonald counts the recent volunteer luncheon as one of the highlights so far of his time as Frost Manor’s interim nutritional care manager.

“It is quite a special event as it is our chance to thank these wonderful people for all that they do for our home and residents,” says MacDonald, who just joined the Lindsay long-term care home in February.

“Volunteers are such an important part of our team here at Frost Manor, and it is difficult to express the amount of appreciation we have for them and the care and support they provide to our residents,” he says.

It was exhilarating to be able to express gratitude through food while showcasing his team’s skills, MacDonald says. They prepared a gourmet meal from scratch that included a dessert made from a recipe MacDonald brought from his restaurant background. The result was restaurant quality, he says, and part of what made the whole experience unique and memorable.

“Every day there’s always a highlight (working with the dietary staff) but this was a really cool event for us to showcase our skill and what we can do in the kitchen, and to give back to the volunteers because they’re such an awesome part of the team,” MacDonald says.

Approximately 40 volunteers attended the April 10 luncheon, which Frost Manor holds once a year in their honour.

MacDonald, who has also worked at another OMNI long-term care home, has seen the difference that volunteers make in residents’ lives and for staff members. They’re a great help, for example, at special dining events such as luncheons and teas, and the connections they make with residents yield social, emotional and other benefits.

“It’s incredible, because I notice when I go and talk with a resident even for just five minutes in a day, how important it is to the resident and how much it makes them happy,” MacDonald says. “So when a volunteer comes in and spends, say, an hour a week, that impacts a number of residents so much . . . And (volunteers) do such a variety of things like arts and crafts or just sitting and reading with them or singing songs . . . and it really has a positive impact because residents have that interaction, which is very needed.”

MacDonald volunteered at a summer basketball camp while in high school and found it to be a worthwhile learning experience while sharing his love of the sport. “How nice it is to pass a little bit of passion on to someone, and the same thing is shown here and the residents really appreciate the volunteers.”

In addition to a heart-felt expression of appreciation, Frost Manor’s volunteer luncheon was “an excellent display of teamwork,” MacDonald says, noting organizational, communication and other skills were vital to planning and executing the celebration.

The luncheon had the full support of the management team, who also acted as servers. MacDonald also cites life enrichment co-ordinator Vi O’Leary for bringing the whole event together and her and her team’s efforts in organizing the dining room.

The dietary team played a pivotal role in the luncheon’s success, says MacDonald, who appreciates all the support they’ve given him in the short time he’s been interim manager.

“Special thanks to my dietary department staff for helping me to prepare and present this gourmet meal and have a great time while doing it,” MacDonald says. “I could not have done it without them.”

The health ministers of the world’s eight largest economies committed on Wednesday to finding a cure for dementia, a condition affecting an estimated 44 million people worldwide, including 500,000 Canadians, by 2025.

It’s estimated that 1.4 million Canadians will have some form of dementia by 2031.

Meeting at a G8 conference in London, U.K. to address the issue of dementia and what can be done to find a cure, health ministers from Canada, Britain, the United States, France, Germany, Italy, Russia and Japan agreed to create a “dementia envoy” dedicated to promoting research into finding a cure.

The first step to finding a cure for dementia will be to appoint the envoy, who will be tasked with assembling international expertise and obtaining research funding from public and private sectors.

The conference drew attention to the fact that $12 billion worldwide has been spent on research to cure dementia, yet there has been little success in the process.

With the populations of G8 nations aging at a fast pace there’s more need now than ever to find a cure, the ministers concluded.

Streamway Villa administrator Kylie Szczebonski sees the impact dementia has on residents and staff members every day. With most long-term care residents affected by some form of cognitive impairment, it’s a condition that needs addressing, she says, adding the G8 health ministers’ commitment is a step in the right direction.

“The fact that (the G8 health ministers) have set a goal, they’re talking about it and it’s becoming news is important because that’s something that you never would hear before. This is a significant step.”

Canada is the only G8 country without a national dementia strategy. Canada’s Health Minister Rona Ambrose noted in an interview with reporters at the conference that to develop a national strategy in Canada, the federal government and provinces will need to collaborate.

Responding to this, Szczebonski says Ontario is advanced in dementia research and that there’s room for the provinces to meet and discuss what they are each doing and then federally implement successes seen in each of the 10 regions.

“This (would be) reflective of what’s working (across Canada),” Szczebonski says.

Szczebonski points to the province’s Behavioural Supports Ontario (BSO) program as an example of what’s already working well in dementia care. While not focused on finding a dementia cure, BSO does foster best practices in preventing behavioural responses in people affected by dementia through non-pharmaceutical interventions.

Yvonne is a cancer survivor, but Derek has dementia that can’t be cured.

Drugs that reduce the symptoms but do not cure dementia were developed four decades after drugs that can cure some cancers became available. A new Alzheimer’s Society video launched today (Monday 9 December) ahead of the G8 dementia summit in London this week, outlines the generation gap between key milestones in dementia and cancer research. (Video courtesy of the Alzheimer’s Society.)

The video is simple, poignant and enlightening.

Served up by the Alzheimer’s Society in advance of the G8 Summit on Dementia, the timeline stretches through Derek and Yvonne’s life.

It points out that while there has been remarkable strides in cancer research during this couple’s lifetime? Alzheimer’s is still regarded by many countries as an orphan disease, the natural outcome of aging.

Only it isn’t. Diet, exercise and a non-sedentary approach to life after 50 all combine to stave off the onset of dementia.

People Blogging about People… and Dementia

Canada is the only country in the G8 without a comprehensive Dementia Strategy.

The UK Dept of Health is publishing a series of blogs about dementia in the run-up to the G8 dementia summit, which is being held in London on 11 December 2013.

These blogs are also on the UK Dept. of Health Dementia Summit Website.

Video: Beth Britton talks about her dad and dementia

This short film of Beth Britton is one of a series recorded to show to delegates at the G8 Dementia Summit on 11 December 2013. … Read more →– Video: Beth Britton talks about her dad and dementia

Three words to describe being diagnosed with dementia – Hilary Doxford

The Mental Health of Older Adults and Dementia Clinical Academic Group is a partnership between South London and Maudsley NHS Foundation Trust, the Institute of … Read more →– Cultural projects can make a difference in clinical services – Professor Robert Howard

As the UK’s leading dementia research charity, people often ask us whether they can help with the research effort in dementia. The answer is yes … Read more →– What difference can you make to dementia research? – Dr Laura Phipps, Alzheimer’s Research UK

You can watch live coverage of the G8 dementia summit on the homepage of the Dementia Challenge site on 11 December and follow #G8dementia on Twitter.

The programme has been published for the G8 Dementia Summit on 11 December in London. It includes details of speakers, discussion topics and panel members. The event will be facilitated by Vivienne Parry, science writer and broadcaster.

G8 Ministers and the European Commission will deliver prepared statements as part of the opening session.

The topics for discussion during the day include:

The press conference will take place at 3pm.

You can watch live coverage of the G8 dementia summit on the homepage of the Dementia Challenge site on 11 December and follow #G8dementia on Twitter.