Rosanne Blackburn recently performed a traditional dance, which received a warm round of applause

Life enrichment aide (LEA) Rosanne Blackburn is known for entertaining the Brighton, Ont. long-term care home’s residents with her Elvis Presley and Dolly Parton impersonations, but she recently changed things up and shared some of her Ojibwa culture by performing a ceremonial dance.

On Sept. 22, Rosanne, dressed in her traditional regalia, danced for residents, who gave her a warm round of cheers.

She explains how the idea came to her.

“I was listening to Native music one evening, and the idea for dancing for the residents came to me,” she tells The OMNIway.

“The residents loved it. They were clapping their hands in their rooms.”

Rosanne dances at powwows every summer; however, due to the COVID-19 pandemic, these traditional First Nations social gatherings were cancelled.

Having an opportunity to dance for Maplewood residents was a way for Rosanne to continue doing something she enjoys while sharing an important piece of her culture with residents.

Rosanne says she tries to do something special for residents every week.

Performing a traditional First Nations dance for residents also proved to be an opportunity for Rosanne to learn about some residents’ own cultural backgrounds.

“There were a couple of residents who I did not know came from Native cultures,” she says.

‘We have had quite a few people walk by and stop to look at the display, so the residents are proud’

Applefest may have been cancelled in the town of Brighton due to the ongoing COVID-19 pandemic, but that didn’t stop Maplewood residents and staff from pitching in to keep the spirit of the annual celebration of all things apple alive.

Applefest is a flagship event held every September in Brighton that features a street fair, a parade and a variety of entertainment, and Maplewood residents and staff members always attend.

To keep things safe during the pandemic, the municipality encouraged local businesses to create festive autumn displays on their property, so the folks at Maplewood decided to get in on the action.

Residents and life enrichment aide Rosanne Blackburn created a front yard scene that features a very lifelike display of a Maplewood nurse and a resident – both wearing face masks to promote safety – surrounding a table covered with apples and a bag of flour to make apple pies.

Residents were involved with creating the display by helping with crafts, such as colouring foam balls red and green to make the apples.

They also glued the foam apples to a cupcake stand Rosanne gave them so the replica fruit wouldn’t blow away.

There’s even a homemade apple tree with laminated apples dangling from it the residents made, and the flour bag included in the display was crafted by residents from a potato sack.

With social distancing protocols in effect, Rosanne brought a few residents outside to stuff the display nurse with garbage bags, and residents decided on how everything was arranged.

Rosanne says the display is so realistic some pedestrians have had to look twice when passing by.

“We have had quite a few people walk by and stop to look at the display, so the residents are proud,” she says.

The display was completed Sept. 18 and will remain on Maplewood’s front lawn for the next few days.

‘This is definitely a lunch experience to write home about’

The performance on Maplewood’s front lawn from Ray Herbert and Ralph de Jonge, who call themselves R and R, was so moving that Rachel Corkery, Maplewood’s administrator, was inspired to send out an e-mail to The OMNIway as well as residents’ families as she watched.

“As I write this email I am listening to the glorious music that R and R are playing for our residents,” she writes. “Our residents and staff are so excited for this day.”

While R and R performed, residents got to enjoy a barbecue lunch along with blueberry smoothies.

Indoor entertainment and large-group programming have been suspended in OMNI Health Care’s 18 long-term care homes since the global COVID-19 pandemic began in March in an effort to keep residents and staff members safe from the highly contagious virus.

Being able to provide safe outdoor entertainment for residents was a welcome change.

“This is definitely a lunch experience to write home about,” Rachel says. 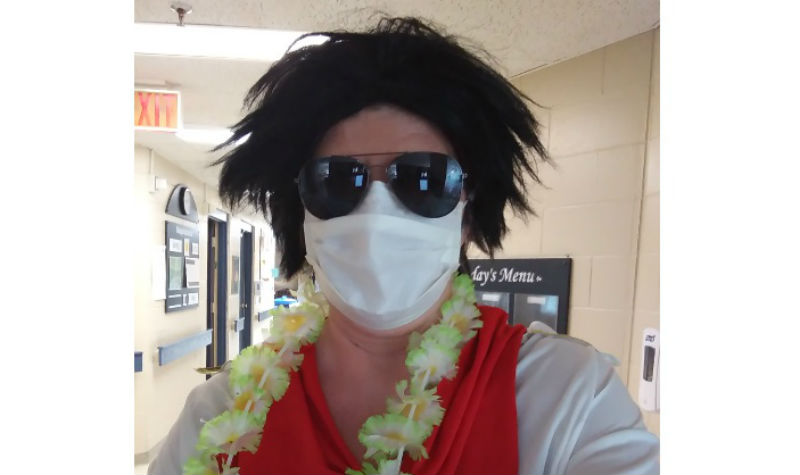 Maplewood life enrichment aide Rosanne Blackburn, pictured above, recently dressed as Elvis and danced to one of the King’s songs for the home’s residents.

Since Maplewood residents have been missing their regular entertainment due to restrictions in place during the global COVID-19 pandemic, life enrichment aide (LEA) Rosanne Blackburn has been coming up with ways to keep people smiling and the laughter flowing. END_OF_DOCUMENT_TOKEN_TO_BE_REPLACED 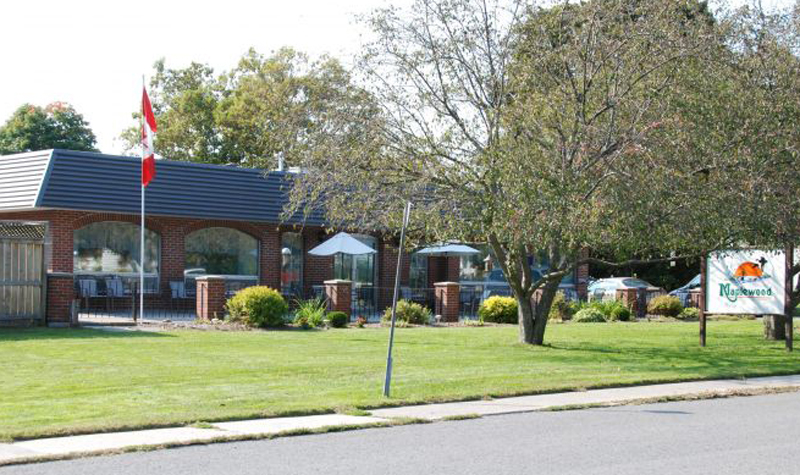 Betty Wagner says the Maplewood team has provided a safe, loving environment for her sister

Moving into a long-term care home is often a big change for new residents, and during a global pandemic there are even more changes to adapt to. END_OF_DOCUMENT_TOKEN_TO_BE_REPLACED 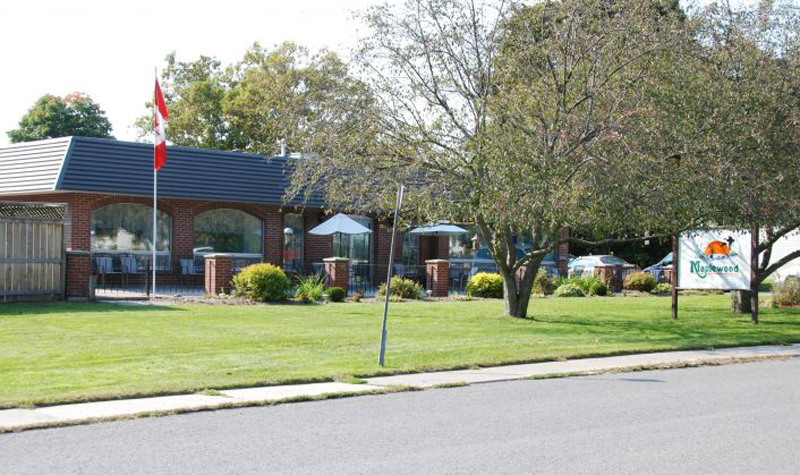 Maplewood is using its PA system to give residents a smile during the global pandemic restrictions that have those who live there isolated in their rooms. END_OF_DOCUMENT_TOKEN_TO_BE_REPLACED 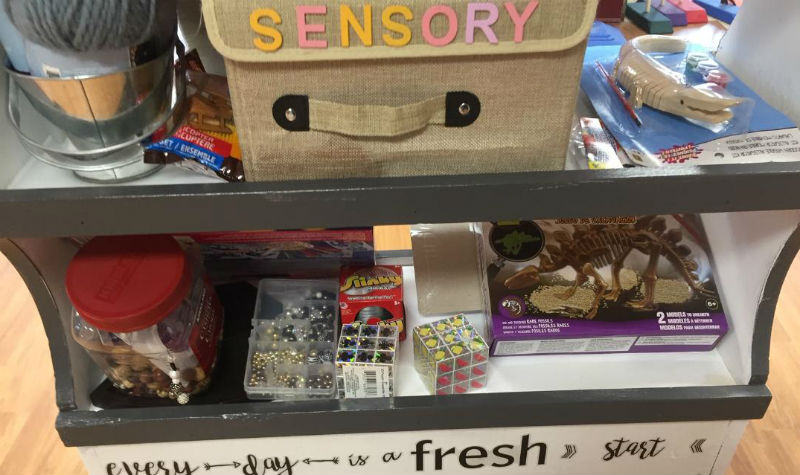 Life enrichment aide (LEA) Lynanne Campbell may not be at work but her mind is clearly on the residents of Maplewood. END_OF_DOCUMENT_TOKEN_TO_BE_REPLACED 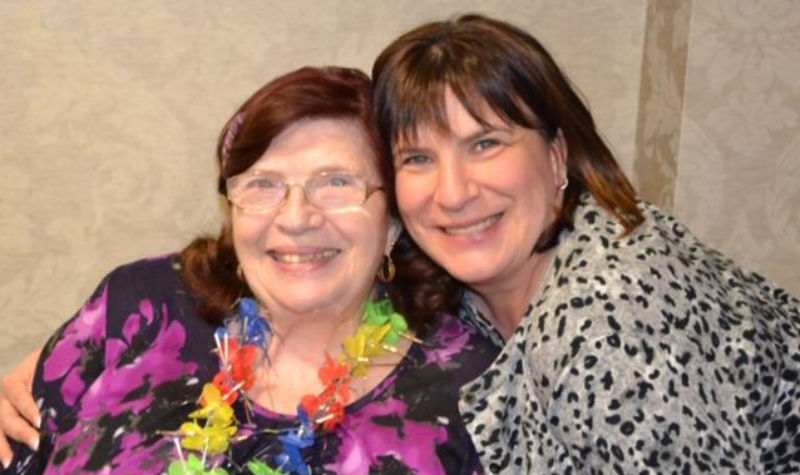 Karen Zidenberg, right, poses in an earlier picture with her mother, Florence Zidenberg, who is a resident of Maplewood in Brighton.

‘I couldn’t ask for anything better’: Karen Zidenberg

Karen Zidenberg has peace of mind knowing her mother is in caring hands because of the way Maplewood is handling the global outbreak of COVID-19. END_OF_DOCUMENT_TOKEN_TO_BE_REPLACED 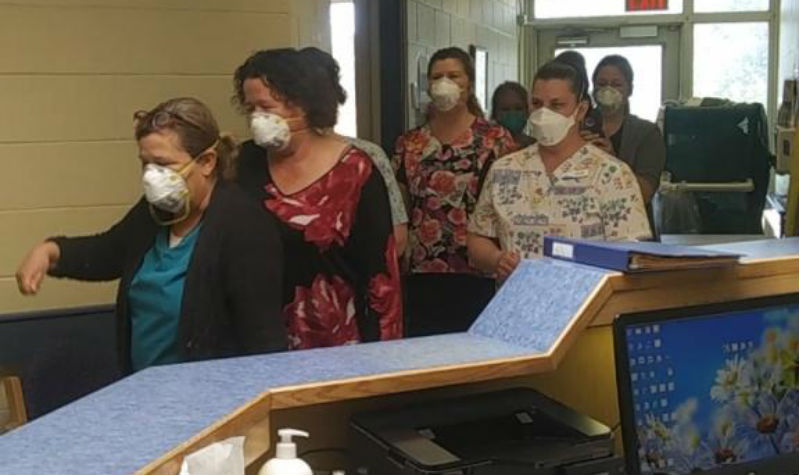 With a Bluetooth speaker and a sense of spirit, employees recently boogied down the hallways of Maplewood. END_OF_DOCUMENT_TOKEN_TO_BE_REPLACED 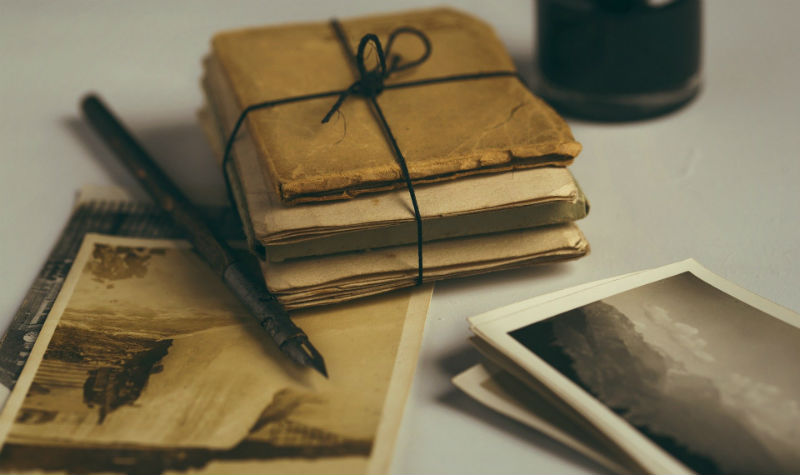 From working on crossword puzzles to penning letters to loved ones, Maplewood residents are keeping busy amidst challenging times. END_OF_DOCUMENT_TOKEN_TO_BE_REPLACED