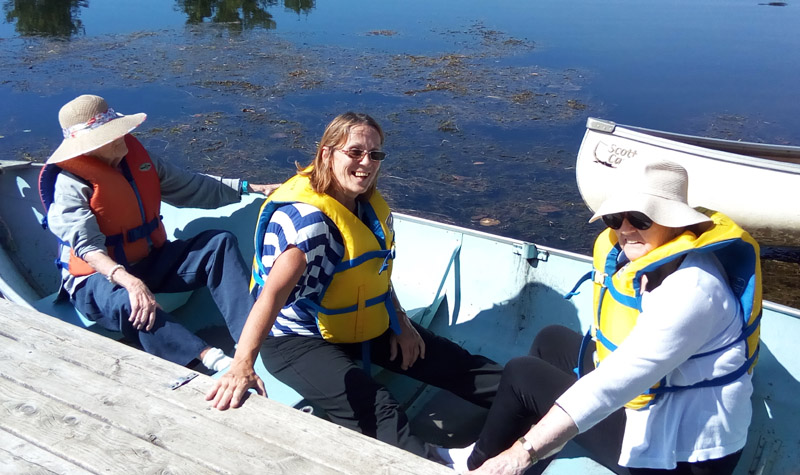 “The biggest benefits for the residents were having new experiences, getting out and about, changing the scenery up for them, and having a chance to reminisce about good times they have had camping.”

Lyndsay says a major highlight of the camping experience for residents was getting into rented golf carts with staff, touring around the site and going back and forth to the dining hall.

Other highlights from the three-day excursion included going for a boat ride, spending a relaxing morning at the beach on lawn chairs, and the nightly campfires. At one evening campfire residents were treated to musical entertainment from Dig the Moon, which residents enjoyed.

“Everyone was dancing and having s’mores and having a great time,” Lyndsay says.

Lyndsay says the food served at the camp was “excellent” and “everyone ate so much.” The LEC adds that the food was so good some of the campers tried to guess what their next meal would be.

Lyndsay is also tipping her hat to the camp’s staff for their hospitality.

“The staff at Fair Havens was so good to us; they were really accommodating, which was great,” she says.

While Frost Manor residents and Extendicare Kawartha Lakes residents stayed in two separate cabins, they would always meet up in the evenings for the campfires, Lyndsay says.

“There was a great group bonding (between residents),” she says.