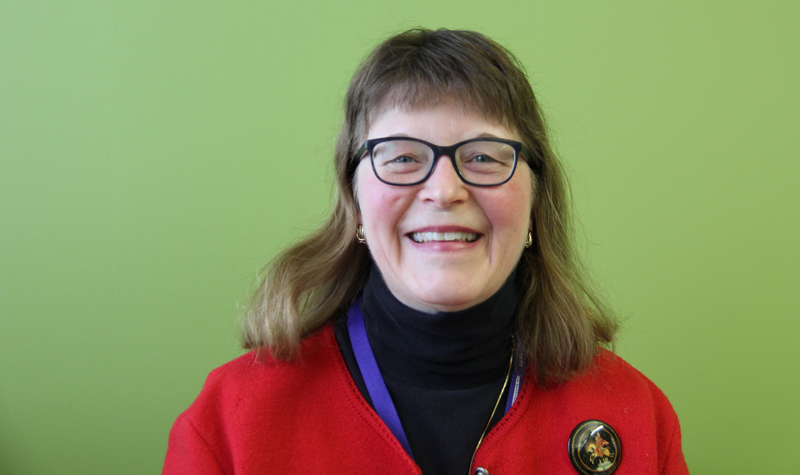 Alzheimer Society of Canada director of education Mary Schulz, pictured above, says the goals of this year’s awareness campaign are to eliminate the stigma surrounding dementia and encourage Canadians to think carefully about how they view people living with the condition.

The Alzheimer Society of Canada’s 2018 awareness campaign is working to end the stigma surrounding dementia, encourage Canadians to rethink their perceptions of the condition and spread an understanding of the fact that people with cognitive impairment have crucial roles to play in society.

This year’s campaign, called “I live with dementia. Let me help you understand,” is important because Canadians living with dementia often say the hardest part of living with their condition is the way others treat them, Mary Schulz, the Alzheimer Society’s director of education, tells The OMNIway.

Dementia is not a condition that improves over time. And while many people living with dementia accept this, what makes life difficult is the fact that they have to cope with the attitudes, prejudice and stigma attached to the condition, Schulz says.

“The goal of the campaign this year is to really help Canadians pause and think about how they think about people with dementia; have they ever told a joke about dementia, have they ever said anything to people with memory problems that maybe was hurtful – even unintentionally – thinking that it was funny, when, in fact, a person with a memory problem, including dementia, is struggling with a disease,” Schulz says.

“(The campaign) is really about pausing and thinking about real people who are struggling and who need our support, individually and as a society, to live with a condition that is already very challenging.”

For example, if someone is in a grocery store and the person ahead of them is fumbling with their change or having trouble understanding what the cashier is saying, rather than becoming impatient, people need to think about the possible cause of why the person is having trouble, Schulz says.

In this situation, people need to ask themselves if they would be impatient if the person had a guide dog, Schulz says.

“Hopefully, people would say, ‘It’s obvious that person is doing the best they can,’ and you might even walk up to them and give them assistance. Because dementia is a little less visible, we need to step back and understand that if the person is struggling, there is a good reason for it.”

According to the Alzheimer Society, more than half a million Canadians are living with Alzheimer’s disease or related dementia. In less than 15 years, the number is expected to climb to 937,000.

January is Alzheimer’s Awareness Month. The OMNIway will continue to bring you stories in the coming days about Alzheimer Society’s 2018 campaign,

Naomi Redner’s resident focus, innovation, dedication to others earns her...