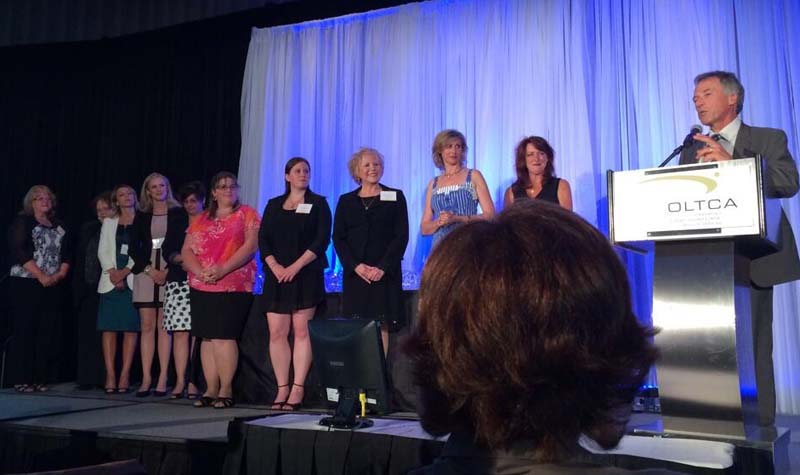 At the start of this year, OMNI Health Care pledged to make quality care the main focus for the organization and its 18 long-term care homes. As 2014 comes to a close, we can look back on the many successes that show the organization has met its objective. END_OF_DOCUMENT_TOKEN_TO_BE_REPLACED

PETERBOROUGH, Ont. – OMNI Health Care president and CEO Patrick McCarthy says the fact that most of the organization’s 18 long-term care homes are small and located in rural communities contributes to the family-like atmosphere that makes OMNI a care provider of choice. END_OF_DOCUMENT_TOKEN_TO_BE_REPLACED 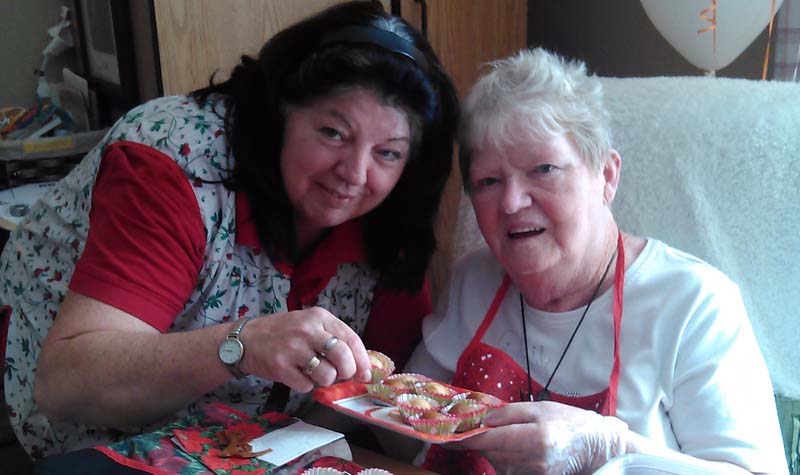 A recent activity at Country Terrace saw life enrichment staff take a “travelling baking cart” to residents who like to bake but do not attend baking programs, allowing them to make “cake pops” from the comfort of their rooms. END_OF_DOCUMENT_TOKEN_TO_BE_REPLACED 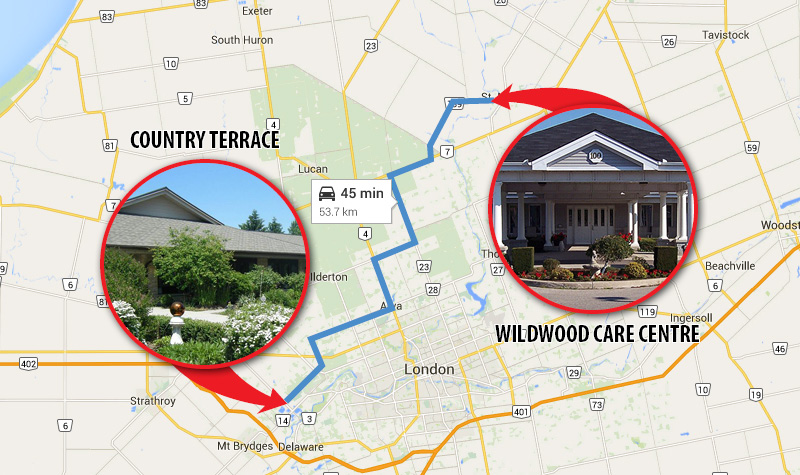 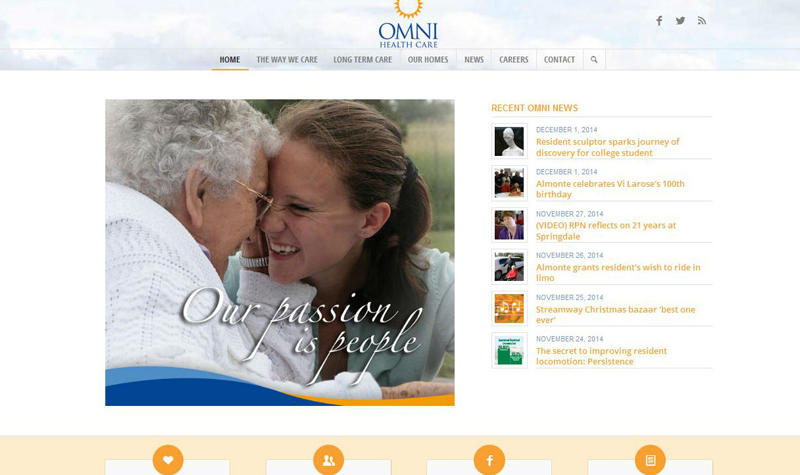 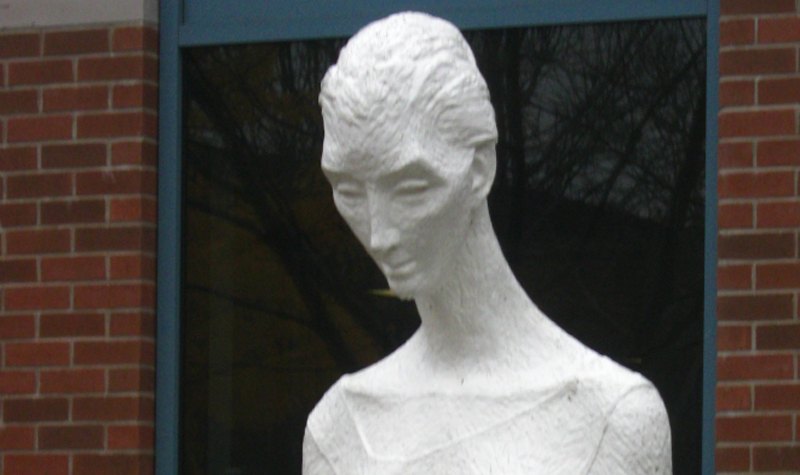 For several seasons now, David Dimitrie has waited in an alcove at London’s Fanshawe College to take the bus home after class.

There’s a U-shaped perennial garden in the area called the Hull Family Gardens, and in the middle of it sits a white plaster statue of a woman looking down, seemingly at peace. Dimitrie, who is a mature student, always finds serenity in this space after a hectic day of study and became intrigued with the statue, which carries an aura of mystery because it bears no identification or description.

Now, with the help of an OMNIWay story, other articles, an autobiographical book and research, Dimitrie is learning about the sculpture, called Discovery of the Hands, and its creator, Frances Gage, who lives at Streamway Villa in Cobourg.

“It was always in the back of my mind to find out who made this (statue) and how did it get there,” says Dimitrie, who’s connected with Gage indirectly through The OMNIWay and Streamway Villa life enrichment co-ordinator Christina Verleysen.

The more he’s discovering, the more he’s come to admire Gage for her adventurous and independent spirit.

“I’ve read quite a bit in the book and stories about her and she’s actually had more hardships than privileges,” Dimitrie says, adding this contrasts with the general perception that artists and patrons are somewhat privileged.

From a difficult childhood to financial challenges, physical pain and some self-doubt, Gage persevered to become a classically-trained artist in a range of media and techniques. The 90-year-old is regarded as one of Canada’s most prolific sculptors, creating hundreds of pieces — a number of them commissioned works gracing public spaces.

“She seems to have been the kind of person to go ahead and take the chance and say, ‘This is what I want to do.’ I truly admire that,” he says.

“She worked very hard at it; it wasn’t given to her,” he says.

The people that Gage has met or worked with “reads like a who’s who of Canada,” such as the Group of Seven’s AY Jackson and former prime minister Pierre Trudeau, yet she’s remained approachable to all, Dimitrie says.

He relates to Gage in a number of ways. Both Windsor natives, they have naval experience and share a strong love of animals. One of Gage’s favourite sculptures — as she related to The OMNIWay — is Woman at the Women’s College Hospital in Toronto. “My wife was born there so that really touched me,” says Dimitrie, who can’t wait to see the sculpture on his next visit to Toronto.

An experienced community journalist of 20 years, Dimitrie’s affinity for Gage and her work is leading him to write a story for Fanshawe College’s student paper. His research is revealing the lengthy ties of Discovery of the Hands to Fanshawe College, as well as another Gage creation commissioned for the college, a four-panel bas-relief in walnut.

Dimitrie hopes to be able to generate awareness of Gage’s connection to the college and some form of public acknowledgement, such as a plaque for Discovery of the Hands, which originally stood outside of the president’s office. Dimitrie’s found information about a rededication ceremony Gage attended at some point, but there is no marker with the sculpture now.

As the college undergoes significant expansion, Dimitrie believes it is important to remember its roots. “Frances Gage has a prominent part in the roots and founding of this college, and I hope that I can do a little bit to make that known.”

In his initial contact with The OMNIWay, Dimitrie stated in an e-mail that he wished Gage “could know how much her work of art has brought (peace) to me” in stressful times. He also sent a photo he’d taken of Discovery of the Hands — Dimitrie has actually photographed the sculpture in different seasons as its appearance changes with the surrounding foliage and the positions of the sun.

“I have to say this is the first time that I have ever really fell in love with a sculpture,” he wrote. “It has a special home at Fanshawe College.”

The OMNIWay shared Dimitrie’s correspondence with Verleysen who, in turn, brought it to Gage.  As soon as Verleysen hung the Discovery of the Hands photo on Gage’s wall, Gage “had so many stories to go with it,” Verleysen says.

Verleysen says Gage’s talent and contributions to Canada’s artistic community are well known and she has many admirers. “She is truly an inspiration,” Verleysen says.

Dimitrie, who says he became “choked up” when he learned his words had been shared with Gage, hopes to be able to grow interest in Gage’s life and work.

“This whole story has been a journey and it’s not done yet,” he says.

He adds that Gage “has had a remarkable life and she should be proud of it.” 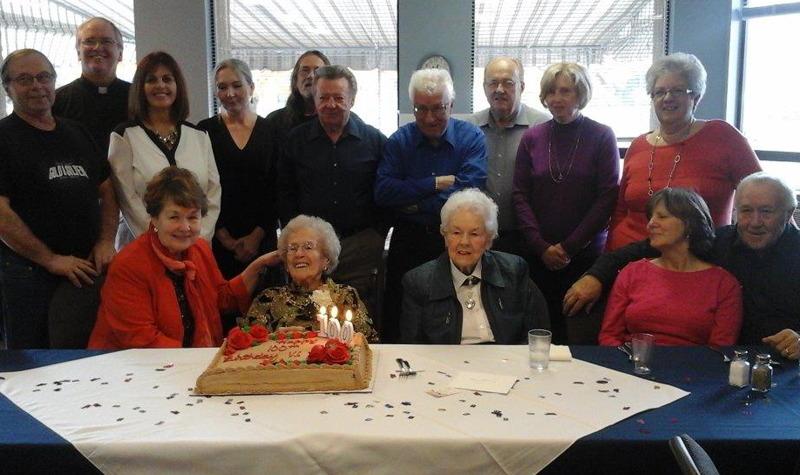 Almonte Country Haven resident Vi Larose sits in front of her birthday cake surrounded by loved ones who came to celebrate her 100th birthday.